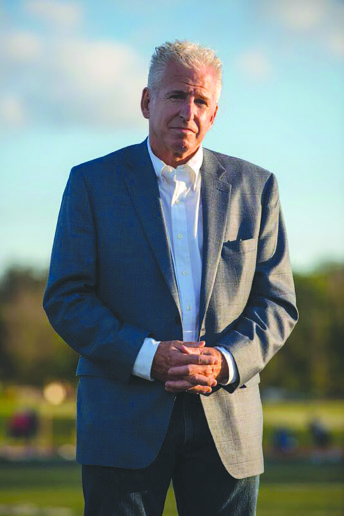 The opiate crisis is a formidable foe. Its death toll is staggering, reaching record levels in 2016.  It has strained community budgets; led to divisive debates and broken innumerable hearts.

But the people of Summit County have harnessed their heartbreak and are fighting back—hard.

From the streets of inner city Akron to the boardrooms of Wall Street, Summit County has one message: enough.

Local governments have made significant headway in the opiate battle, but some of the most remarkable work has come from people who aren’t paid a dime for it. They’ve come armed with their experience, power and creativity in other arenas. They’ve worked alongside police, courts, corporate shareholders and school systems. They’ve leveraged work relationships, started their own nonprofits and made unexpected alliances. They’ve risen to the challenge of saving the next person struggling with addiction, the next kid.

The headquarters of the anti-opiate forces is in the west Akron office of the Alcohol, Drug Addiction and Mental Health Board (ADM). The board has taken up the fight metaphor in its latest public service campaign. It features people of all ages wearing boxing gloves with their dukes up and ready. “Recovery: It’s Worth the Fight,” reads one such poster.

Last year, the board earmarked $3.2 million for the expansion of drug treatment over a three-year period. Those funds led immediately to 20 more beds in residential treatment and 10 more in the facility known as detox where patients get over the physical addiction before embarking on recovery. They’ve cut the average wait time for treatment from 45 days to eight.

The ADM board oversees the Summit County Opiate Task Force, which is made up of people and organizations, both public and private.

“Collaboration is essential to address this complex problem,” says Jerry Craig, executive director of the ADM board.

The communication is paying off.  For instance, the number of police departments that carry Narcan, the anti-overdose drug, increased nearly 90 percent last year. Summit County Public Health began a needle exchange program. The board has sponsored a retreat for teens, workshops for employers and prevention programs for children. The board also launched a help hotline 330.940.1133, which allows callers to be connected to a local treatment provider.

One of the most significant developments to arise from the task force came from volunteer member Greg McNeil, a grieving father who lost his son Sam to an overdose in 2015. McNeil decided to help educate other families about the disease, so he launched a nonprofit called Cover2 Resources, named for a popular defensive move in football, Sam’s favorite sport.

“I want to offer families the education I wish we’d had,” says McNeil.

Cover2 remains an educational resource, primarily through a podcast McNeil titles the Cover2 PPT Podcasts, a series about people, places and things making a difference in the opioid epidemic. In the course of preparing for a podcast, he heard about a new effort in Colerain Township, outside Cincinnati. The township, overwhelmed with overdoses, had formed so-called QRTs—Quick Response Teams—made up of a paramedic, a police officer and an addiction counselor. When someone survives an overdose, the QRT visits him or her in the days following to offer information on treatment and provide support. It’s not unusual for a police officer to shepherd the addicted person into treatment, McNeil says.

The QRTs proved to be remarkably successful; the number of overdoses in Colerain dropped 35 percent in the first few months after the deployment. McNeil asked Colerain officials to visit Summit County. With the help of the ADM board, they put on a workshop in Akron in December, and the idea took off. As of this writing, 85 percent of overdoses in Summit County are visited by these QRTs. There are teams in Akron, Barberton and Cuyahoga Falls, among others.

“It changes the whole flavor of the relationship between the person struggling with addiction  and law enforcement,” says Craig of the ADM. “The teams are there to help the person and the families. They’re not there to threaten or shame them.”

Out of about 350 people who’ve been visited by QRTs in these first months, 125 have gone into treatment.

“There’s such a small window when an addicted person is willing to get help,” says McNeil who added that window usually opens after a crisis such as an overdose.

The QRTs are just one of McNeil’s efforts. He has partnered with Drug Free Clubs of America to create high school clubs where students opt in for random drug testing. He’s ridden alongside health officials in Cleveland in the mobile syringe exchange clinic. He is working closely with them to provide users with test strips that detect fentanyl, the drug mixed in with heroin that contributes to many overdose deaths.

“Harm reduction is an important piece to this whole fight,” McNeil says. “You have to keep people alive long enough to get them into recovery.”

Travis and Shelly Bornstein have learned many such lessons since their son Tyler was found dead of an overdose of fentanyl-laced heroin in the fall of 2014. He was 23.

Tyler had been addicted to opiates since he was prescribed pills for pain after surgery at age 18. During the five years before his death, the family went through a cycle of rehab and relapse, which is common in early recovery. While clean and sober, Tyler studied at Walsh University and earned a scholarship for academics and athletics. He earned top honors in a bodybuilding contest before relapsing again.

The Bornstein’s grief, like that of all parents who lose a child, was overwhelming. But unlike that of parents who lose a child to cancer or accident, their grief was colored by the stigma of addiction. They felt only those who’d gone through what they had could truly understand. So the Bornsteins started a support group called The Well for people who’ve lost a loved one to addiction. They’ve also organized a support group for children who’ve lost a parent to addiction and another for people with a loved one in active addiction. They recently changed the name of their nonprofit Breaking Barriers to Hope United. They have marched in Washington, D.C. and spoken to many schools and community groups. Travis has testified before lawmakers. Shelly has volunteered with women with addiction issues.

And they began raising money. They had about $10,000 in the bank in June of 2016 when Travis addressed the International Brotherhood of Teamsters convention in Las Vegas. Travis is president of Local 24 in Akron.

The Teamsters rallied their support for the Bornstein’s nonprofit and pledged $1.4 million to the cause. Since then, the Bornsteins have worked to determine the best way to put that money to use.

“We want to make sure we’re not duplicating services that are already there,” says Shelly.

During the course of their fact finding, they learned the brain takes at least a year to recover from opiate abuse, but that there aren’t a lot of resources for those fighting addiction beyond the initial few months of recovery.

“We’ve found there’s not money being put into aftercare. That’s where the gaps are,” says Shelly Bornstein. “Tyler went into treatment for 21 days, and then he was out. That’s just not enough.”

As this issue went to print, Summit County government announced it is donating 25 acres of the old Edwin Shaw Rehabilitation Center property in Springfield Township to Hope United to build a “recovery campus” where those in recovery and families can get long-term care and support.

Current plans call for a 12-month treatment center, sober housing, an aftercare center and meeting space for support groups. Travis Bornstein said the cost of such a project is $8-10 million and that Hope United will contribute the first $1 million.

Sam’s and Tyler’s addictions began, as so many others, with prescription painkillers. When they ran out of theirs, they began getting them from friends and buying them on the street. What if Sam and Tyler could have seen that taking those painkillers would lead them to the needle? Drug use leads to death. That’s the message prevention programs want to get across to students before they experiment.

According to the ADM’s 2013 Youth Risk Behavior Survey, more than 15 percent of Summit County’s middle and high school students admitted to taking a prescription that was not prescribed for them. Many of those students are lacking role models and other positive forces that help protect them from the appeal of such drug abuse and other risky behavior, studies show. By giving children supportive role models, communities can stem high-risk behavior before it starts.

Keeping kids off drugs is one of the many goals of iC.A.R.E. Mentoring, a United Way of Summit County program that began less than four years ago as a small nonprofit. The United Way’s iC.A.R.E. works to increase student success in all areas through mentoring, and stemming drug addiction is one aim. Jonathan Greer, founder of the Man Up faith-based program, launched iC.A.R.E. (Creating Authentic Relational Energy) with the help of a $109,000 social services grant. iC.A.R.E. matches one student with one adult for one hour each week. Studies have shown that even that small amount of time can have a profound effect on children.

Although there’s a modest amount of training involved in becoming a mentor, consistency is the primary qualification.

“We need people who are going to show up week after week,” says Greer. “A lot of these students have been disappointed too often by the adults in their lives.”

Surveys of students in Summit County reveal 25 percent experience trauma in the first three years of life. One in five experiences violence. More than a third change schools at least once during the school year.

“All of these things are risk factors,” when it comes to drug abuse, says Greer.

Early data on results show improved attendance and academic performance among mentees. Research into similar mentoring programs shows long-term positive gains such as higher graduation rates and a better post-secondary outlook. Greer works with the Akron Public Schools to identify the children who might benefit most from such an adult relationship.

The program started off small—just 23 mentor-mentee pairs. The goal is 1,200 pairs for the 2017-2018 school year. The program has shown such promise, the United Way of Summit County brought it under its umbrella a year ago as part of its work to raise student success on all levels.

“If we can prevent students from picking up drugs in the first place,” says Greer, “then we’ve saved lives.”

Until that day comes, those who become addicted—as well as their families—should remember the words of Shelly Bornstein: “There is hope. People do recover.”—ME

Greg McNeil, who lost his son Sam to an overdose, is working to halt the opiate epidemic.

Tyler Bornstein (second from left), who died of an overdose soon after this photo was taken, stands with his sisters and his mother Shelly (far left) and father Travis (far right).

Courtesy of the Bornstein family

A United Way of Summit County iC.A.R.E. mentor shares a laugh with an Akron Public Schools student at their weekly meeting.

where to buy ciprofloxacin

where to buy ciprofloxacin

naltrexone over the counter usa

naltrexone over the counter usa

how long does cialis last

how long does cialis last