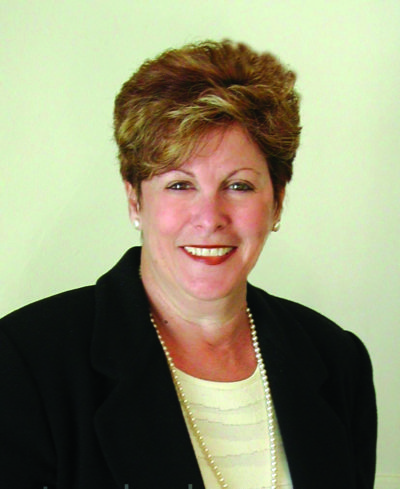 Putting A Work Ethic Into Action

Ilene Shapiro leads her life with ambition and motivation few people have. When asked where she finds this drive, she says: “I was raised by a single mom. She had three jobs. I learned then that bad things can happen to good people. It’s what you do with it. It’s about people who didn’t have every break in life who are willing to have ownership in the future. Good people, working hard, extended hard work. I understand that struggle.”

Her business acumen and experience prepared her for managing all matters related to economic development. She owned a beauty supply company and then founded Shapiro Consulting, a company that focuses on marketing and growth for turn-around and start-up businesses; she was then elected to the Summit County Council and spent 10 years there, three as council president.

In 2016, she became the first woman County Executive in Ohio, elected as Summit County Executive, a four-year term. Shapiro manages a half-billion-dollar budget and nine departments for the county.

As if fulfilling that job is not a total commitment, she also uses her energy and passion to serve on close to a dozen boards, mostly geared toward women and business owners. Shapiro was a co-founder of the Women’s Endowment Fund of the Akron Community Foundation and helped start WUTNGA (Women Up to No Good Again), which works to help women achieve the highest levels of leadership in the community. She has served as past president of the Women’s Network and is a current member of the League of Women Voters.

Her ability to bring people together and collaborate on new initiatives makes her a game changer. She is a magnet for those who believe in diversity, so it’s no surprise that in 2017, Shapiro founded the Summit County Executive’s Advisory Council on Diversity and Inclusion to reflect the diversity of the county’s residents and allow community leaders to discuss and evaluate the county government’s policies and initiatives. The Council is the first of its kind in the county.

She believes, “It’s all about making a difference.” Her goal is to move the County’s 31 communities forward as long as she can, to help people through programs and activities, transportation, healthcare and any other resources. “Whatever it takes,” she says, “to deliver services to make a difference in peoples’ lives. I get done what needs to get done.”

Some of the many boards and organizations Shapiro serves on include The University of Akron Research Foundation Board, the County Executives of America Board of Directors, the Northeast Ohio Four County Regional Planning and Development Organization and the Akron Community Foundation. She is also an alumnus of both Leadership America and Leadership Akron.

She is a recipient of the Athena International Leadership Award and has been recognized by the U.S. Small Business Administration  as “Women In Business Advocate” for Ohio and the Akron Urban League as a “Pioneer.”—CS

“Ilene Shapiro has been a longtime advocate working to level the playing field for women and girls. She was one of the six founders of the Women’s Endowment Fund when we started it back in the 1990s, and continues her support to this day,” says Marie Covington, fellow founder.

side effects of viagra

side effects of viagra

how much is a viagra prescription